For quite some time now I have around my head the idea of writing about death , a subject deep and scary but, as has happened before sometimes , I do not know where to start, how to do it and if I will make clear what I think about , but will try….

I have become so skeptical of any event that may happen I’ve reached a point that nothing that happens or could listen will look strange: you could be mad at someone, with the least you think you would be, with which you had sworn it was impossible , what you believe is safer in your life, in a single second, with a minimal comment for any reason, it may fail and collapse.

Any plan you could do can be twisted at the last moment by the most unlikely reason.

I believe that nothing we have is safe, I could expect anything and I think almost nothing would surprise me …..

I find it curious that almost the only thing everyone can say for certain is the certainty of death.

If we can be sure of something , if there is 100% chance of occurring something in this life , is the fact that from the moment we are born , sooner or later, we will all die. Some last longer than others, but all that awaits us is THAT unknown destination.

There is almost nothing in the rest of life you can say with such certainty : today you can be rich but ¿ who tells you that tomorrow you ARE NOT GOING to be poor? , you are healthy today but tomorrow you may be sick, ¿how and who can ensure you that? , however the idea of having the absolute certainty that death awaits you, a destination where we all have to arrive , seems to me really strong and to which most of the rest of ideas and ambitions that we have are left quite relativized.

I do not know if I’m pessimistic or macabre thinking about these things, I think it is just about being realistic, realizing the reality ….

Moreover it is not something that I fear, perhaps some kind of respect for the unknown, but I am sure that  something awaits us there and probably better than what we have here and surrounds us ……

As I wrote earlier, at the end, minimizing, all we have (and the most valuable thing) since birth to death is our time, each his own.

In the case of an artist I think his work is nothing but an attempt to take advantage of this valuable time, ( no matter how long you live , always in short supply) , an attempt of making it useful, an attempt to catch it in each work, a try that our passing through this life will not be something anonymous and lost, to get your time perpetuated in every painting as a kind of reflection of yourself (perhaps I am pretentious trying to get so), but in the end is what I personally try and would like to get .

Of the infinite ways there are to go through this life (each one of us has its own, non-transferable) the one I try to follow: developing an artistic work as a reflection of something really deep and personal, is the most satisfying , I could not imagine a better one , I could not have been more fortunate in this life, there’s nothing that attracts me more

(my ideal would be to make my living of it , but I know that is something utopian and impossible, and so I must accept it).

In the background (although it may be selfish to think this way), I see the essence of our way through this life as an attempt to be happy and make happy those who surround you 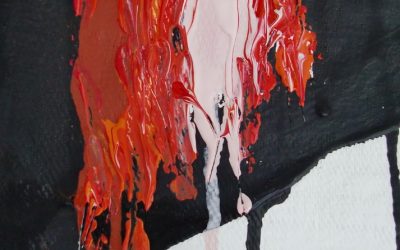 It has been a long time from I wanted to work large formats, but for one thing or another, could find no way to do so....

END_OF_DOCUMENT_TOKEN_TO_BE_REPLACED 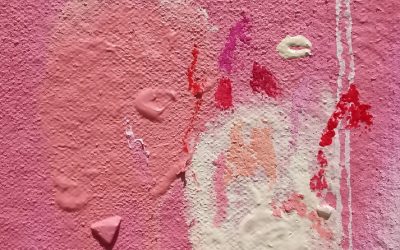 It may be seen as a color usually associated with women or the gay world, I don't know why….., maybe it is by...

END_OF_DOCUMENT_TOKEN_TO_BE_REPLACED 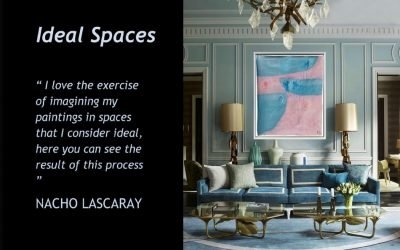 It often happens to me that while surfing the Internet I come across spaces that I love and I can't help imagining any...